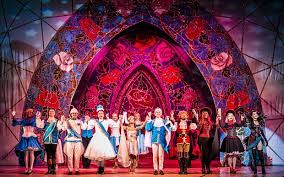 Hackney Empire has produced its own home-grown pantomimes every year since the late 1990’s, all written and directed by the brilliant Susie McKenna. I have worked alongside her, supervising the music, through all those productions. We pride ourselves on our approach, treating each production almost as one would a new piece of musical theatre, with script and songs being carefully crafted to the talented performers we use, and taking advantage of a three-week rehearsal period. 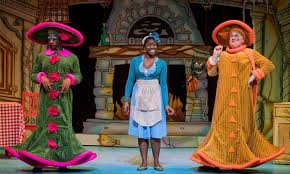 The music is always a healthy mix of new original songs in amongst chart hits, together with a sprinkling of trad showbiz and classical; our band is visible and barely a clicktrack in sight – all our singing is always performed live. 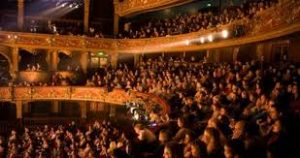 In the early days I’d write incidental music and such songs as were required, arrange all the music, and music-direct the show as part of a four-piece band. In latter years the musical side has become more sophisticated, our band has grown to five, and since 2010 the shows have been music-directed by my wonderful colleague and friend, the indefatigable 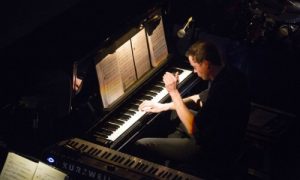 Mark Dickman. I still continue to write new original songs – music and lyrics – as required for each production.

See here for details of my other collaboration with Susie McKenna, our show The Silver Sword.

If you’re putting on a panto and you’d like to use any of my songs, or if you’d like me to write a new one for you, do get in touch! 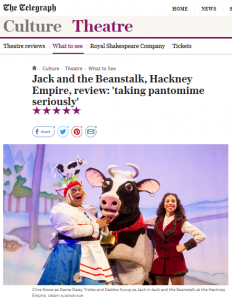 “The music is a highlight”
Chris Harvey, Daily Telegraph (Jack and the Beanstalk 2015)

Hope On Your Side (Mother Goose)

A Woman Of My Time (Dick Whittington)

The Truth + The Gospel Truth (Puss In Boots)